Schwalbe - Chronicle of a cult object

Munich, November 8, 2016. Originally the Schwalbe was a Simson product - a vehicle manufacturer from the German Democratic Republic, the former GDR. It was produced from 1964 to 1986 in Suhl and, until it stopped rolling, over one million Schwalbe mopeds came off the production line. This made the Schwalbe the most successful single-brand European scooter in history. After the fall of the Berlin Wall in 1989, it captured the hearts of many western Europeans and became a cult object. Now it’s back, with an electric drivetrain by GOVECS. 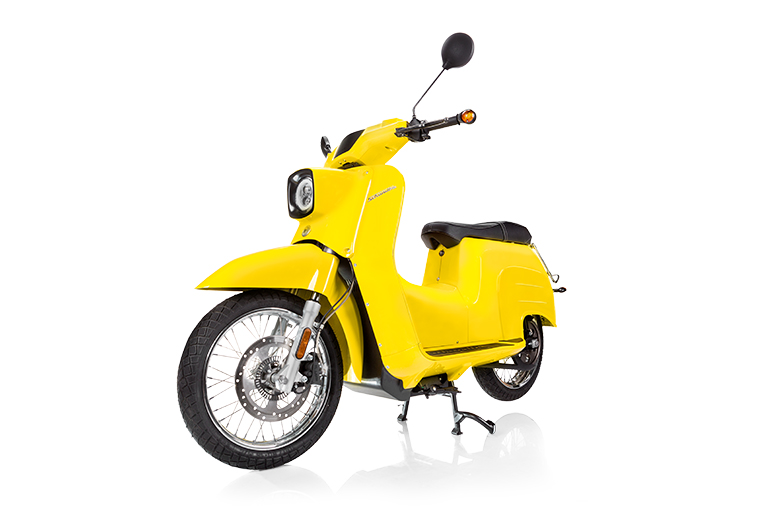 The Schwalbe is a symbol of freedom, mobility and youth. Because of its unique design, it remains very popular today and has a considerable fan base. Over 300,000 "old" Schwalbes are still in circulation throughout Germany and are especially popular in trend-setting Berlin where they can be found on virtually every street corner.

A new Schwalbe born out of passion

Thomas Grübel. As early as the late 90s he began working on electric scooters and founded GOVECS GmbH in his hometown in 2009. As a Schwalbe fan and vehicle manufacturer, in 2011 Thomas Grübel followed the work of efw-Suhl on an electric drive Schwalbe with great interest. When the project stalled in the prototype phase and ended up not going any further, GOVECS secured the license rights for the brand name and in 2014 launched a new project together with Bosch as a technology partner. The fact that the new Schwalbe would continue to be electric drive was never in doubt.

GOVECS has equipped the new Schwalbe with an extremely powerful and reliable Bosch electric drivetrain. The most state-of-the-art technology on the market guarantees driving pleasure and a remarkable range of over 100 kilometres. After a 30 year break the cult scooter is back - and ready for a new chapter in its story.

GOVECS Group develops forward-looking solutions for urban mobility. The leading manufacturer of light-duty, electric vehicles in Europe, has its production facilities in Wroclaw in Poland, where it relies upon highly modern drive technologies. Only the highest quality materials and components, preferably sourced in Europe, are used in production. Since its foundation in 2009, the Munich based company has also established itself as an original equipment manufacturer (OEM).

In the B2B area, the success of GOVECS (www.govecsgroup.com) is based on international vehicle sharing projects and tailor-made concepts for the delivery industry. In September 2016 the company presented its first product, which was designed exclusively for the B2C market: the Schwalbe (www.myschwalbe.com). It represents a milestone in the company's history.

Further information about GOVECS can be retrieved here: